Mar Ivanios College since its inception under the percipient guidance of Servant of God Archbishop Mar Ivanios in 1949 has been an institution of distinction providing quality education. The College is one of the Malankara Syrian Catholic Colleges established and administered by the Major Archdiocese of Trivandrum in accordance with the rights of the minority community guaranteed in the Constitution of India. Archbishop Benedict Mar Gregorios of revered memory was the first Principal of the College and Patron for 40 years. His Beatitude Moran Mor Baselios Cardinal Cleemis Catholicos, the Major Archbishop of Trivandrum is the Patron and the Manager of the College and executes the administration through the Managing Council.
In its endeavor to achieve excellence in academic pursuit, the Institution has established six Research Centres attached to the Departments of English, Mathematics, Physics, Chemistry, Zoology, and Commerce. Mar Ivanios College is the first Institution in the University of Kerala to receive accreditation from the National Assessment and Accreditation Council (NAAC) in 1999. The College was also the first to be re-assessed and re-accredited with 'A' Grade by NAAC in 2004. In 2011 the College was re-assessed by the NAAC Peer team as part of the Third Cycle of re-accreditation process. Mar Ivanios College became the first private college affiliated to the University of Kerala to receive the status of CPE (College with Potential for Excellence) from the UGC in 2004 and the same was extended in 2014. The College has been conferred with Autonomy status by the University of Kerala upon recommendations from UGC from 13th June 2014. Mar Ivanios College bagged 36th position in the National Institutional Ranking Framework (NIRF) 2018 among the category of Arts, Science and Commerce colleges.

A pass in Higher Secondary Examination of the state or an Examination accepted by the University as equivalent thereto with candidates coming from non-Commerce having at least 45% aggregate. 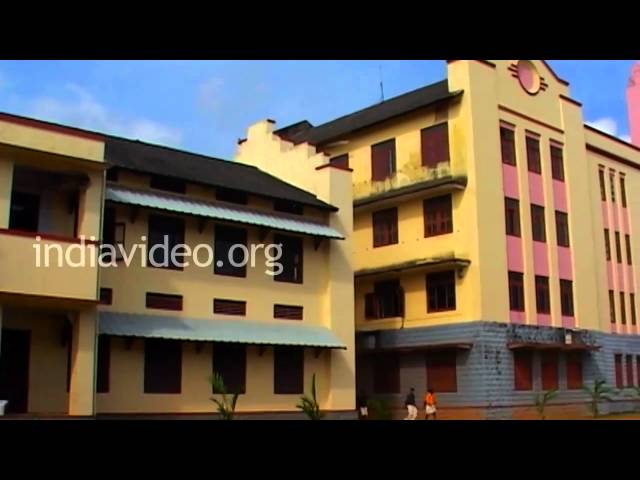